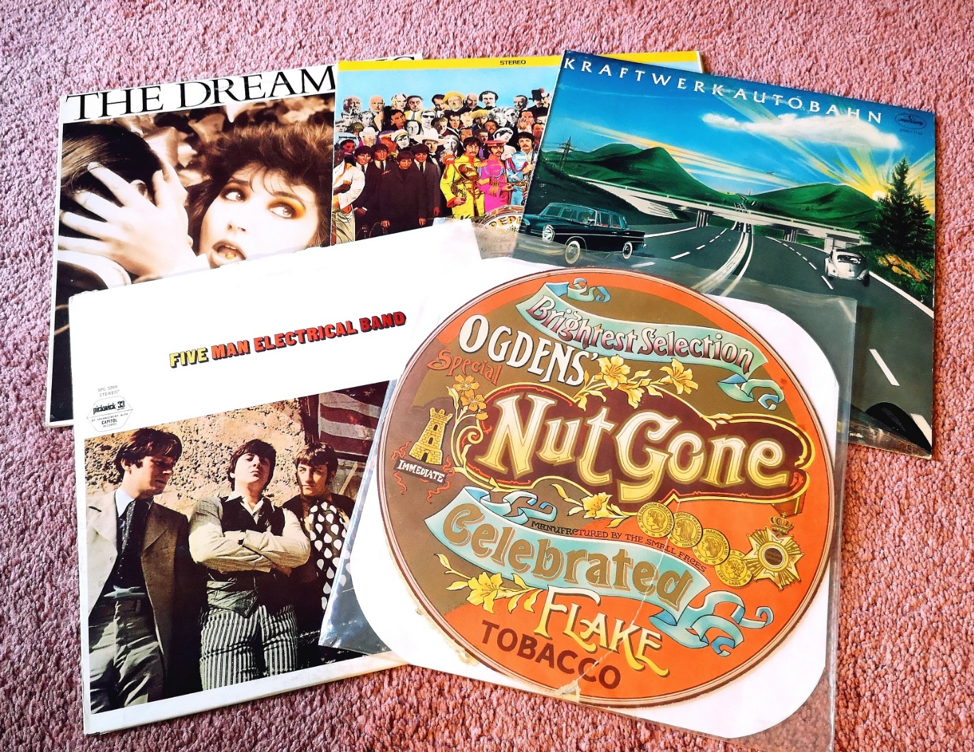 "If you develop an ear for sounds that are musical it is like developing an ego. You begin to refuse sounds that are not musical and that way cut yourself off from a good deal of experience."

I come back to this quote often when I start thinking about music appreciation, particularly when I am being recommended something new or outside of my comfort zone. I’ve become a fan of some songs and genres of music that I may have otherwise passed by based on recommendations of others or the cajoling of a good friend that on my own I might have avoided; particularly hip-hop and country.

Growing up, my brother and I got our music from three main sources – children’s music, typically folk and folk-rock in style or Disney; the radio; and our parents’ record collection. A selection of rock, prog-rock, classical, and soundtracks – this selection shaped much of how our music tastes are now, mostly on the rock side of the spectrum.

So how did I end up listening to harsher punk and metal? Smooth and airy K-pop? And not only trying it out, but enjoying it immensely? How did these very different types of music end up falling under the same category of ‘enjoyable’ for me? I wanted to figure out how they were similar in spite of their differences, and in the process also find why in the same musical genre, some bands and songs were subjectively more enjoyable than others.

I would invite whomever is reading this post to give it a try – pick some songs that you like which are from different genres and see what you like about both, and where that overlaps. It is something which can be different for everybody, but has the potential to exist across all kinds of music.

For myself, the greatest factor in my music appreciation is emotion.

If we take a famous song as an example – “Jolene”. The same song performed by different artists is very different for me.

However, I will play over and over the live version performed by The White Stripes during their Great White North Tour. It’s overdriven, off key, and practically screamed into the microphone – but the emotion of it is so incredibly powerful that listening gives me chills every time.

Having a favourite song is something many of us can relate to – there will be that jam that’s undoubtably the one we enjoy the most when it comes along on the playlist or setlist of whatever we’re listening to. I found that after listening to the songs over the years that I’ve been listening to since childhood – a selection of 70’s and 80’s prog rock – that I was taking my enjoyment of them for granted. I liked them, but that moment of amazement upon their discovery – that ‘first listen’ feeling – was nearly forgotten.

And then I found ‘Reaction Videos’.

There is something powerful, almost magical, about watching someone experience music for the first time. Through empathy, it brought back that first experience of listening to great songs and great albums. Watching people have a musical epiphany when they experience thins like Pink Floyd’s Dark Side of the Moon, or Rush Xanadu, or Queen – it’s powerful to see that magical moment through someone else’s eyes.

“Oh yeah,” I found myself thinking. “This is why I love that song.”

Seeing the reactions in ‘Reaction Videos’ revived my music appreciation. It brought back the enthusiasm I had for listening to music, and for trying out new music and genres that otherwise I might have not. Seeing the positive reactions to music I had enjoyed for years made me seek new music so I could experience that feeling of, “Oh wow! Why did I wait so long to listen to this?”

Trying something new is a risk – there is no guarantee that what we take a gamble on will be positive or enjoyable. This can apply to something as benign as listening to music, or trying new food – or something more personally impactful like a new job or a new home. But if we don’t reach outside our comfort zone, how will we know for sure?

Music is one of those things that is able to bypass language and cultural barriers in a way few mediums can. The meteoric rise of South Korean band BTS is a notable example of this.

I was in high school when I started to listen to international music – mainly Japanese rock and metal. I found the intensity and dramatics of the live performances to be mesmerizing and captivating. I followed the band’s music, and members’ individual solo projects until hiatus or disbandment in some cases.

One band in particular, went on what seemed to be a permanent hiatus in June of 2012. After following them for five years, I was disappointed, but at the same time, glad to see that the members were continuing to make music in other projects. I still listened to their albums and songs quite often – their music is one of the main reasons why I made the decision to start learning to play guitar.

In 2015, the band announced a formal comeback and a World Tour for their 10-year anniversary, and in 2017, I was able to see them live at the Mod Club in Toronto. I was astonished – some of their songs I hadn’t listened to in a few months or years – but at the concert I remembered all the words and sang along in a language I don’t speak. I wasn’t the only one to do so – a whole crowd of fans jumping up and down and singing for two hours – it was an electrifying feeling!

Music appreciation has given me the courage to step outside expected zones in one way – applying that courage to other aspects of life is next step. Put on your ‘Fight Song’ and take the world by storm!

PrevPrevious Blog PostNew Frontiers Are Everywhere, An Astronaut’s Perspective
Next Blog PostMontreal AG – A Good Time Was Had By AllNext